See if there is any money in the ATM or just sitting at home, read how you will know…

Generally speaking, every day there are many cases of ATM fraud coming from different areas of the country. In such cases, the risk of people's ATM is increased to a great extent. And after the blockade our country also saw a lot of cash flow problems. And sometimes people have a lot of trouble because there is no cash in the ATM. And because of this, customers often face many problems. 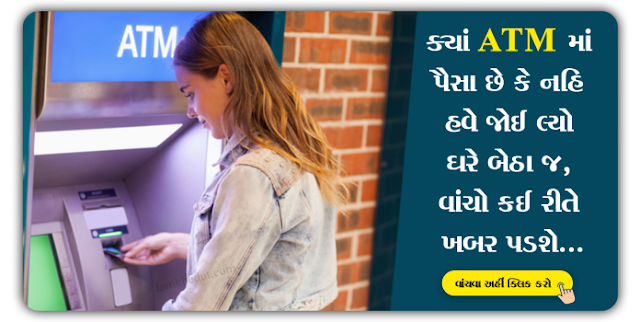 And often an immediate money customer needs and even goes to an ATM, there may not be a note, and then if he goes to another place, he may not be there. And at the same time, time energy is also being wasted. But to help solve this problem, Union Bank has launched a mobile application called U-Mobile to help its clients in such a situation. And because of that there is cash in the ATM whether anyone will be sitting at home.

For this, the bank has also arranged a Geo Survey help and with the help of this, it is easy to know in the mobile app which bank ATMs have cash and which ATMs do not have cash. Where there is cash, the ATM will show a green color while the blank means no cash.

Simultaneously, according to Union Bank of India CMD Rajkirin Rai, the U-Mobile app has been launched. Through this app, you will find information on whether you have cash or blank in an ATM.
READ IN GUJARATI:CLIK HERE
You can also get help from the Google Play Store to download this app. And besides, a link to this mobile app can be found on the bank's website. And so with this you can easily know where the cash is in the ATMs, which will save you time as well.