Modi government big announcement: Corona treatment will be free if there is a scheme, know that millions of rupees will be saved.

The country is ready to fight the Corona virus. All necessary steps are being taken by the Modi government. Meanwhile, the government has decided to attach the virus package to Ayushman Bharat Yojana. All the beneficiaries will be included in accordance with the existing norms of Ayushman India. 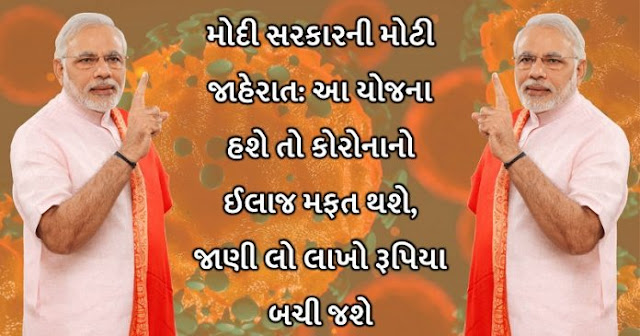 In the past few days, the number of coronas has increased. The World Health Organization said there is only one way to fight corona - test, test, test.

Government initiative to prevent the virus

The Modi government has decided to expand the scope of the Aushaman Bharat Yojana. Corona treatment is now being added to this. It is believed that the government can increase the number of laboratories by joining hands with private companies. So that corpses can be cured quickly and prevent the spread of the disease.

There are 14 million people from overseas, the public being alert

Health minister Harshvardhan, meanwhile, told that over one lakh people have come to India from different corners of the globe during the outbreak of the virus. There are eight thousand people in our quarantine center. That's why we are appealing to people to stay in their homes and not get out.