In order to secure the future of the friends daughter, a prosperous prosperity scheme has been created. Under the scheme, it is considered better to invest for the daughter. The best reason behind this is that the scheme is government. It also provides the best returns. Apart from this, if the daughter is under 10 years of age, it is a great way for her to invest in higher education and the prosperous prosperity scheme of the Central Government for her marriage in the future. But the scheme has changed recently. Which we will tell you in this article today. 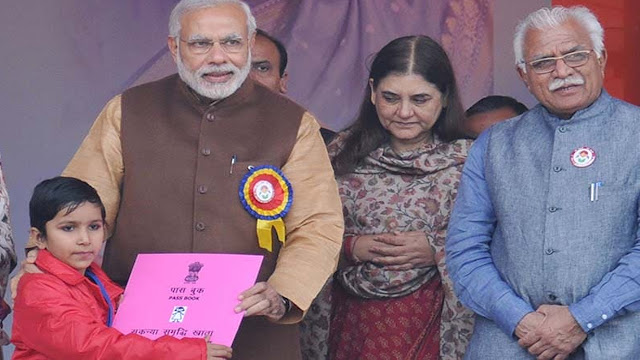 Bank Accounting ahead of time: According to the new changes in the Sukanya Samruddhi Yojana, if a Sukanya account is to be closed before the stipulated time, its permission has been obtained. In the event of a serious illness or death of a parent to the child or daughter, the closing of the prosperity account can be done. Earlier, the rule was that the Sukanya Prosperity Account could only be closed if the child died or his residence was changed. But after the new change, the account can now be closed.

Safe Future: Let us tell you that there have been no major changes to the Sukanya Prosperity Plan. But it is important to know what changes have to be made in this government saving scheme to protect the daughter's future.

Higher Interest Under the new rule in the Sukanya Samrudhi Yojana, if you cannot deposit at least 250 rupees in the financial year, the account will remain in that state. According to the new rule, interest will also be paid on the amount deposited in the default account, as in the regular account.