A big announcement has been made today by Vijay Rupani,the CM of the state in the Koro era.Digital service bridges have been launched in rural areas of Gujarat. Chief Minister Vijay Rupani has unveiled the Digital Service Bridge Program.The program will cover 2700 villages in the state in the first phase from October 8. The villagers will be able to avail 22 services at home through the digital service bridge. Chief Minister Rupani said that the government has decided to provide digital services to the people of rural areas by expanding the service bridge. 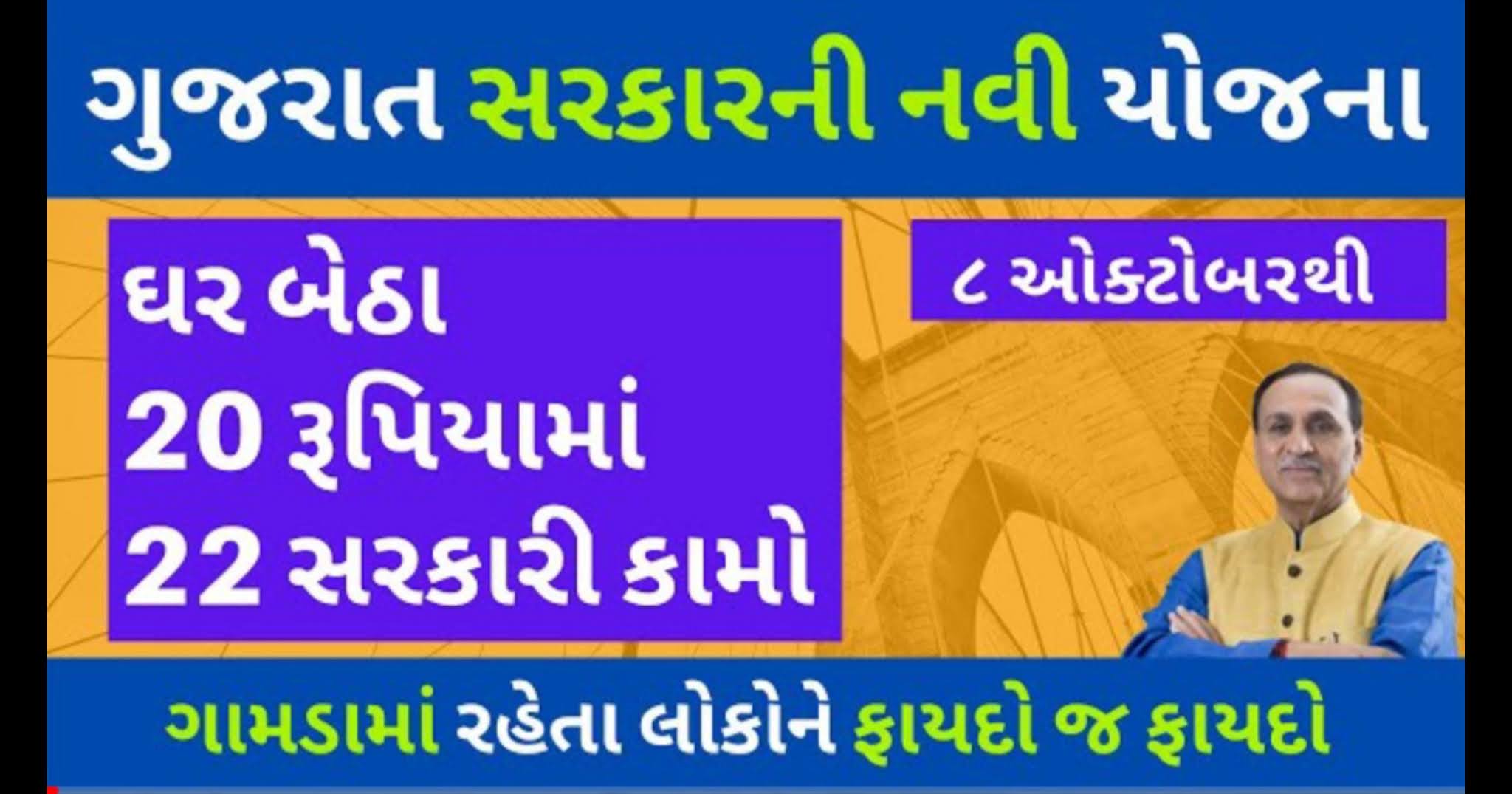 Due to digital service bridge, rural people do not have to go to taluka or district headquarters for daily service as well as necessary certificates. By December, more than 8,000 gram panchayats will be connected to the digital service bridge. The CM said that the power to affidavit for various services would now be given to the notary and taluka magistrate as well as the talati mantra of the gram panchayat.

The Digital Service Bridge will be launched in rural areas from October 8 under the Digital Service Bridge Program. Under this program online services will be launched in small villages. In this regard, CM Rupani said that this program will stop the practice of intermediaries. People in rural areas do not have to go out. 20 services will be started in 2 thousand gram panchayats. There is no need to go to the taluka level to take an example.

The Villagers Do Not Have To Push For Government Office

Even affidavits can now only be deleted by Talati. In the smallest village, work related to 22 different services will now be done online. Villagers no longer have to go to the office for ration cards, widow certificates, election cards, etc. Currently the service will be launched in 2700 villages.

The program is currently being launched in 2700 villages. As a result, people in rural areas will not have to move out of the village. The villagers will now get the print of ration card, income proof etc. in the village itself. The digital service bridge program will be launched from October 8. M. to the villagers. This feature also includes excerpts from the Minority Letter, 7/12. This program will be started in 2 thousand gram panchayats and 167 talukas will get the benefit of this facility. 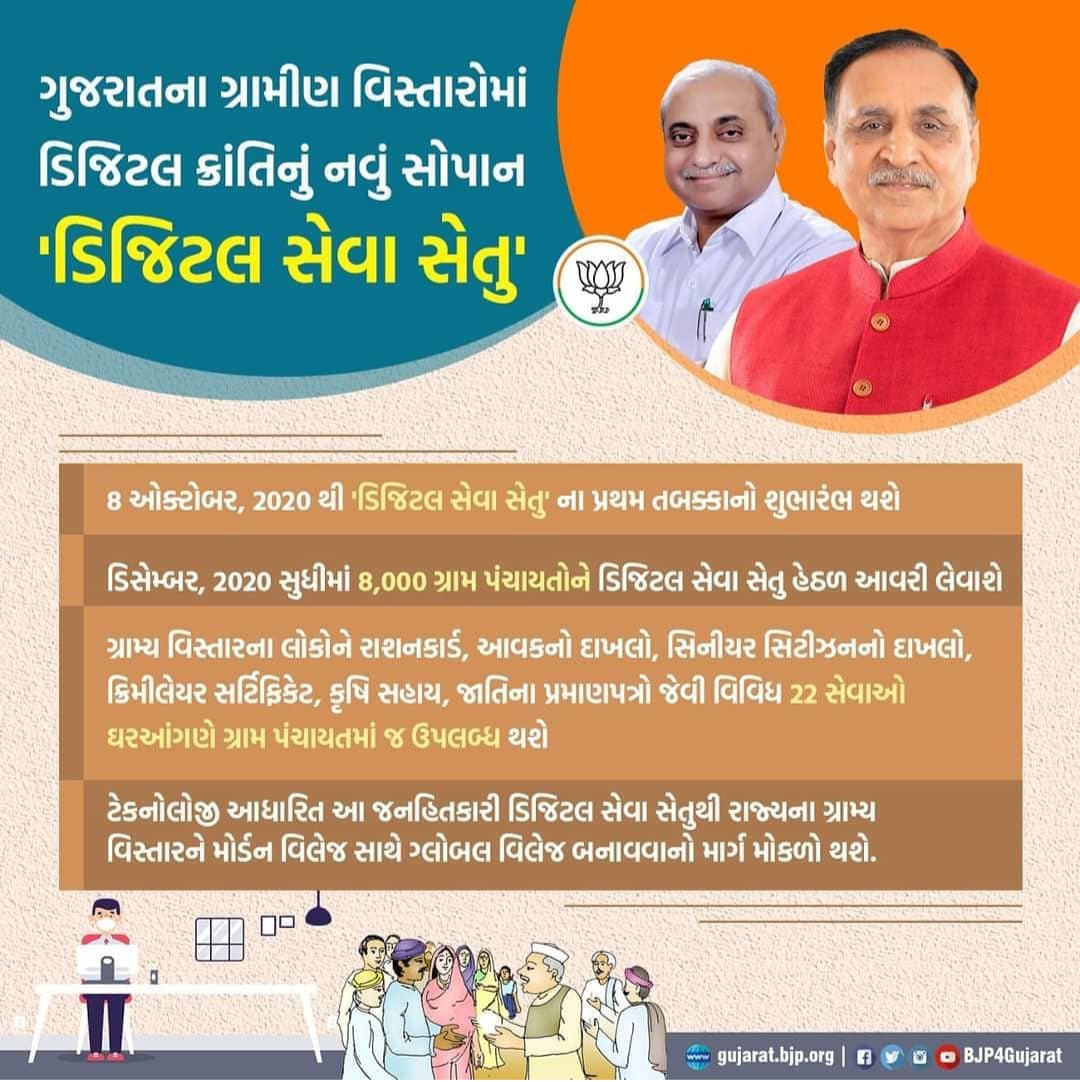 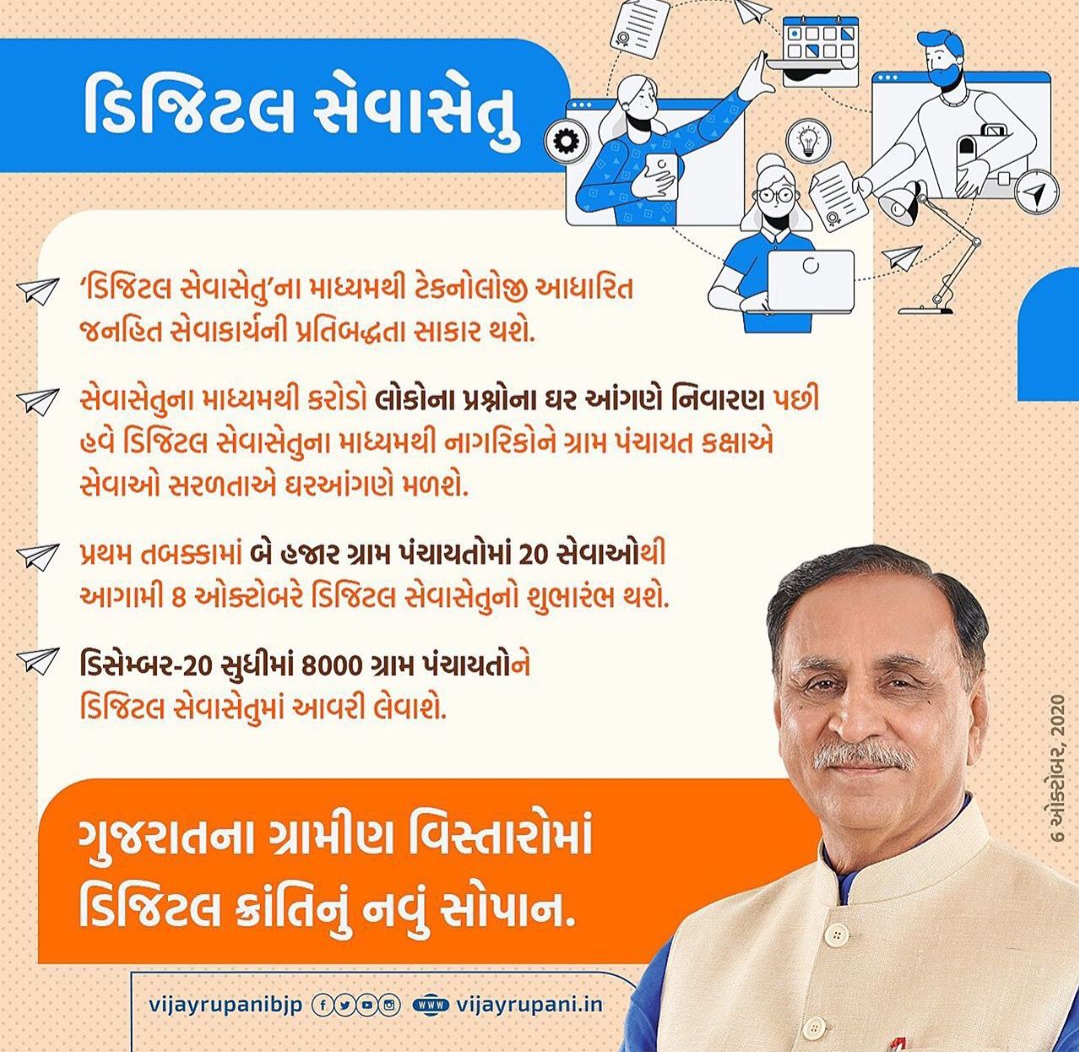 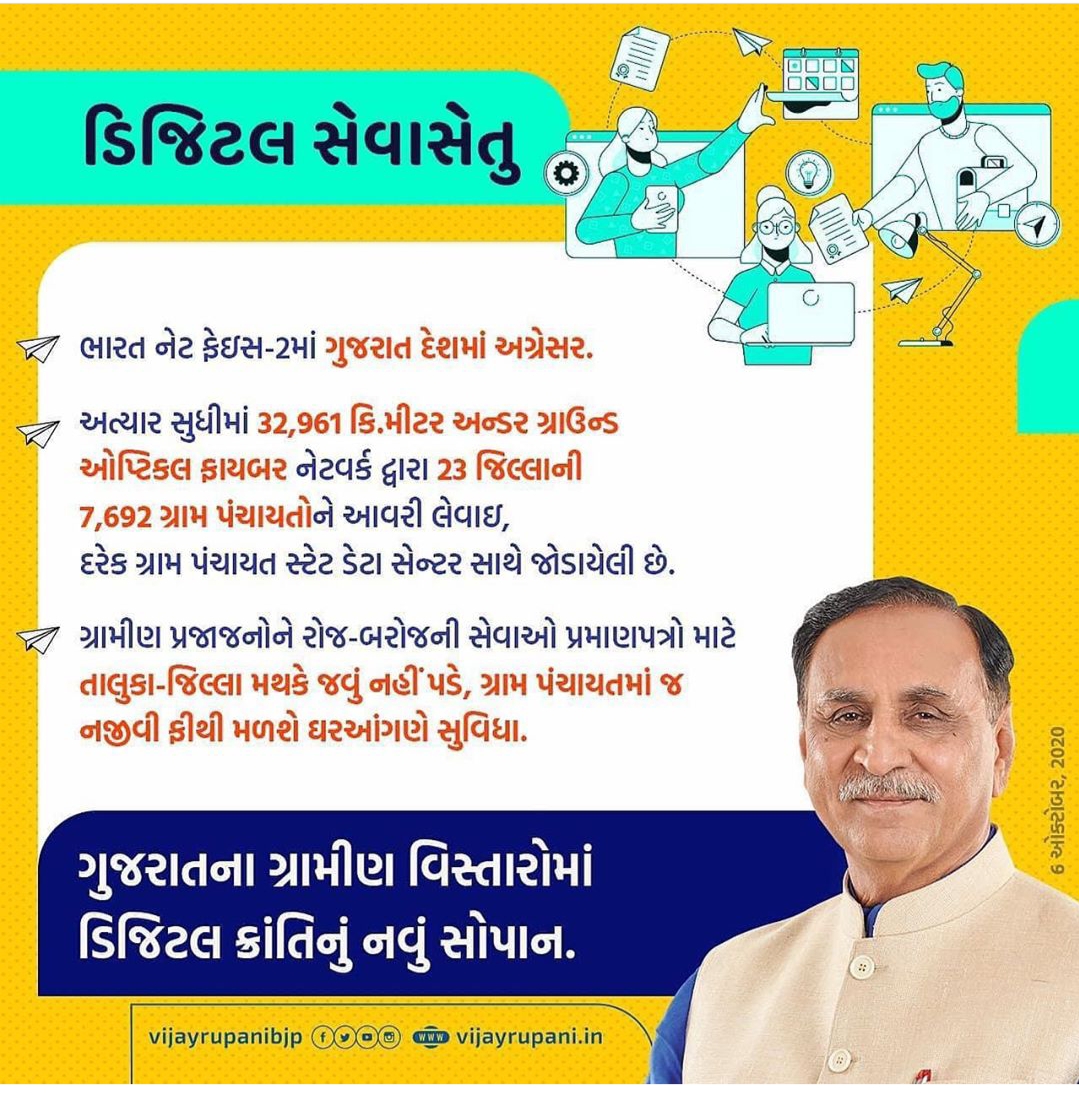